Bankrupt builder who owed €1bn back living in his former home 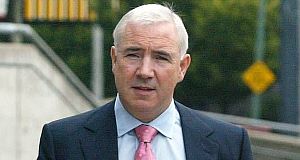 A TOP Irish developer who went bankrupt two years ago is living back in his former home in west Cork at weekends after his son-in-law bought back the property.

Mr Fleming, once one of Ireland’s top builders and a prominent supporter of Fianna Fail, led the way two years ago when he went bankrupt in Britain.

The one-time property baron was discharged from this bankruptcy last November after just a year. Under Irish law he would have had to wait up to 12 years.

An investigation by the Irish Independent has revealed that Mr Fleming now lives back in his former home in West Cork, when he is in Ireland after his son-in-law bought the house.